On February 22, 2022 it was announced that His Excellency the Acting Governor General as Chancellor of the Order of Saint Lucia, on the advice of the Prime Minister, appointed to The Order of Saint Lucia in respect of Saint Lucia’s Independence Day 2022, Thecla C. Deterville the Saint Lucia Les Pitons Medal (GOLD) for having performed long and meritorious service in the field of Business, Education and Sports (Netball).

The investiture ceremony which was officiated by the Acting Governor General took place on Sunday March 20th, 2022 at Government House, Morne Fortune, Castries in the presence of the Prime Minister, other Ministers of Government, other dignitaries and friends and family of the recipients of the Order of Saint Lucia.

The theme for Independence 2022 was “Douvan Ansanm – Celebrating Our People”, and commemorated Saint Lucia’s 43rd Anniversary of Independence. 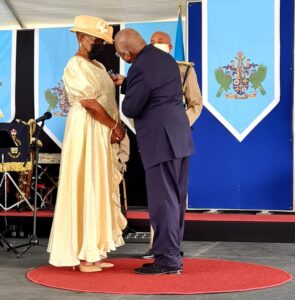 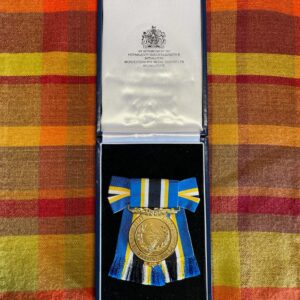